Me and Patrick Practicing for Speed Events – Krewstown Horse Show 1982

Many years ago, I met Amy’s first owner. She was my next door neighbor and somehow we started sharing about horses. I told her about my adventures de-spooking my first horse (I rescued him from an Amish farmer when I was 12 years old).

She shared with me about her horse “Amy” who needed some further work in that area as well as training overall. She had sent Amy for 30 days professional training and the results were only so-so. Amy was green-broke to ride but, came back with some issues that were not expected.

We became fast friends and soon I found myself working with Amy to “polish up” her initial training and put her head on straight regarding spooky stuff, head shy issues and biting etc… Amy gave me some lumps as a youngster but, I enjoyed the challenge and I instantly bonded with her.

Years went by and even though we were still neighbors, I fell out of touch with her owner. Then one day, Amy’s owner contacted me and asked if I could take Amy as she could no longer afford to keep her and she had just been paying full care board for x- years and not able to see her much or ride.

I spoke with my husband and we agreed to take Amy. It so happened that I had a horse and pony already and kept them at a friend’s barn for free in exchange for work. So we picked up Amy and brought her to her new place. My husband loved to ride Amy in the park and around the barn. We had her for a few years there then suddenly, our relationship with the owner of the barn soured and we sought other arrangements for our horses.

Unfortunately, we could not afford to pay full care for three horses. The pony was my daughter’s and would be heart-broken if we had to sell her. My horse (Pogo) had been horribly abused in the past and could still be a handful so there was no way she would go with anyone easily nor was I willing to risk anyone’s safety. I also did not want her to end up in the slaughter pipeline again.

Amy was the only choice to re-home. With broken hearts, we placed an ad about Amy and offered her free to a good home. I received a few responses but, after a short phone screening, I declined those folks. A few days went by and a woman called telling me that she is interested in Amy for her daughter and would need a beginner safe horse. Bingo. This woman sounded reasonable so I agreed to have them come and try my out. I offered with her, Amy’s winter blanket, grooming supplies, tack trunk, bridle and custom made Circle Y saddle.

This was a beginner’s dream! Not only were they getting a well-trained, anything safe horse, but all of her supplies and tack for FREE!

The only issue Amy had was a new case of greasy heel due to the barn flooding from the nearby creek after Hurricane Irene. Other than that, she was sound, healthy and tons of life and pep left in her at 20 years old.

The woman, her daughter and neighbor came to see Amy a few days after our phone conversation. All I wanted was a great new home for her and to be able to bless another person with this wonderful horse. They fell in love with Amy immediately. The neighbor said, words to the effect of “that is one good horse” “you are lucky to have found her and she’s free! You just don’t come by horses like this every day”.

So, after a short test ride in the corral, the review and signing of a contract in which I made certain to give me the “right of first refusal” if they ever needed to rehome Amy for any reason. We packed up Amy’s things and loaded her onto the trailer with a lot of coaxing and she was off to her new life with an eager 14 year old girl and things looked great.

We kept in touch via Facebook and saw the girl and Amy bond, ride, have fun etc… Time passed and less and less updates were had, fewer pictures posted. So it was put on my heart to ask about Amy. No response for a little while, so I became concerned and messaged again asking about Amy.

Then I received a response that I did not expect. It seemed that the girl had “outgrown” Amy and wanted to advance. Now I will have you all know, Amy is highly trained and can perform and compete at any level – however, she is older so may not have been able to keep up, be as fast etc… I will let you know that I do not blame the girl for wanting to advance and become a better rider, ride more than Amy could handle etc…

So the message read that they were possibly going to be looking for a new situation for Amy. My heart sank. My barn had no room and so I had to decline taking Amy for the time being. They promised me that Amy would go to a great family only and that they loved Amy very much.

They had recently purchased another horse from a broker and she seemed very reputable so they decided to re-home Amy with her as she promised to find a good home for Amy and the horse they purchased from her was healthy, safe and sane.

It turned out that this broker was not so reputable and had many many complaints pending against her. Thus Amy inadvertently ended up in a bad situation. The link below is a complaint that mentions Amy specifically.

A short time after Amy was placed at this broker’s barn, I received an urgent call from one of my boarders who was a racehorse trainer said that another racehorse trainer friend of mine was frantically trying to contact me about a horse.

So I called back and was told to contact an investigator immediately about a horse that she knew used to be mine and her name was “Amy”. Alarm bells went off in my heart and head immediately as I had worked in the past with this investigator regarding horse neglect, abuse cases.

To make a twisty, turny, bad story short, after my conversation with my investigator friend,  I called the family that I placed Amy with immediately and they were appalled and shocked that this was happening. The husband took a trip out to the broker’s barn and looked Amy over they went the next day with a trailer and $500 to bail Amy out and get her back to safety. They had to pay $500 to this woman to buy Amy back but they had GIVEN Amy to her for free just as I had given Amy to them just in hopes of having a good home for her.

While Amy was in this woman’s “care” she was not fed properly, had lost condition and was kept in deplorable conditions including being penned with a stallion and possibly in foal. Amy is 22 years old and in her weakened state, would not have survived having a a foal.

The family called the vet out, got the necessary treatments for Amy, put weight back on and then wanted to re-home her again but ONLY with me. As it turned out, we were just in the process of taking over the entire farm so now we could indeed take Amy!

So now Amy is home again with me until the natural end of her days where she will be pampered and spoiled and loved on and ridden by many children. Forever and ever.. 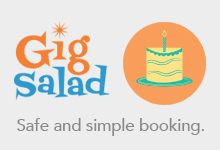